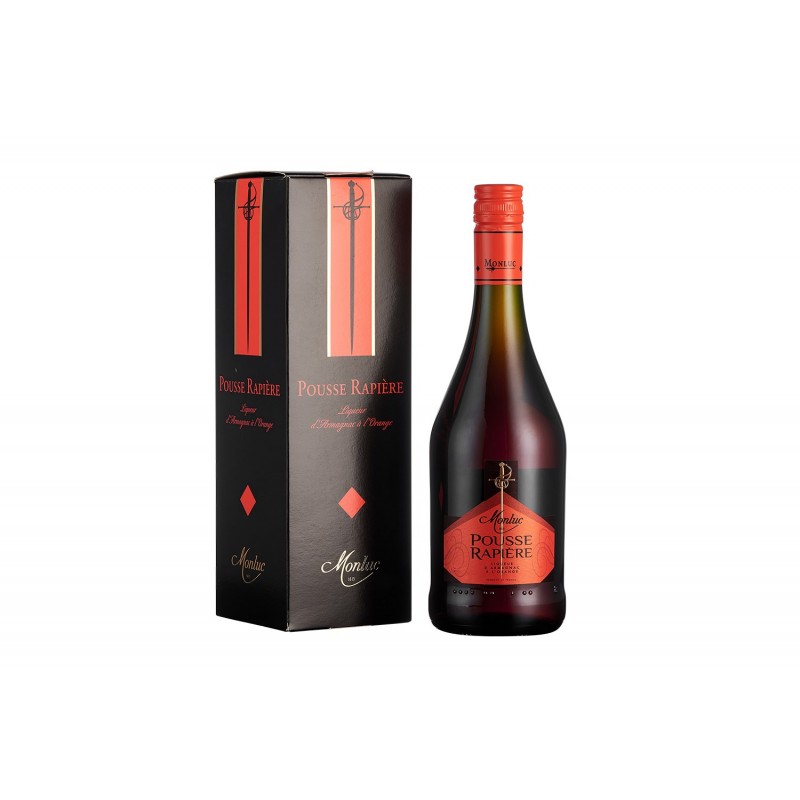 This product is no longer in stock

Ingredients : It is produced according to an ancient family recipe, the Pousse Rapière liqueur mixes the orange mellow and round flavour with the smooth vigour of the Armagnac.

Description : The name Pousse Rapière is derived from the rapiere, the long lights word brought back to France from the wars in Italy by the returning Monluc and his Gascons Captains.

The Armagnac based liquor Pousse Rapière, the unique recipe of which is a closely guarded secret, blends with the Vin Sauvage, Traditional Method, to create the famous cocktail Pousse Rapière. Both the Pousse Rapière liquor and the "Vin Sauvage" share a common origin, the dry white wine produced in the Gascon hills surrounding Chateau Monluc.

Preparation : In a carafe, pour 6 parts of Brut de Monluc and 1 part of Pousse Rapière liqueur, serve with 1/4 of an orange slice. Drink chilled 6° to 8°.

7 other products in the same category: